Aetna is one of the largest health insurance companies in the US. They offer individual, family, small-business and group plans to millions of Americans. But we hope you didn’t want a quote for any of their Marketplace plans. That’s because Aetna is no longer offering personal medical coverage in the Hoosier state. Even though they’re the third biggest health insurer, they have exited the market here. However, Senior Medigap plans (discussed further below) are still offered.

They notified the DOI of their intentions in 2013. However, you can still compare rates from all of the top providers on our website. We make it easy for you to shop for the best online deals from all available companies. But Aetna isn’t one of them! Although their return to the private plan marketplace is not imminent, new legislation may provide that opportunity.

Currently, they have less than 1000 active individual policies in the state and that number is quickly reducing, as current customers seek to change to other companies. However, their group contracts will remain in place. Rates for individual plans were typically very high, so it was difficult for them to compete with Anthem and UnitedHealthcare. Note: Currently, Aetna only offers individual Marketplace coverage in four states. It’s possible that in the future, more states may be added.

Smaller companies such as Celtic often could compete with their rates, which certainly reduced their market share.  Aetna also did not offer “temporary” plans, which are very popular if you need to purchase benefits quickly and only need a plan for a few months. Since these policies are medically-underwritten (unlike Exchange coverage), much of the risk is removed, and profitability is very possible.

Did Obamacare Drive Aetna Out Of Indiana?

Undoubtedly, The passage of The Affordable Care Act had a hand in Aetna’s decision. The “80% Rule,” (requires insurers to spend 80% of premium dollars on health care) was the primary reason for the exit. And it may have impacted Cigna, Guardian, Pekin and American Community Mutual who also pulled out of Indiana. Who will be the next company to leave the state?

Based on our information, we don’t believe it will be UnitedHealthcare or Anthem Blue Cross. We’re not certain about any other carriers, although Medical Mutual  stopped offering new policies and terminated existing plans in 2013. Naturally, in 2014, when State Exchanges became available, other smaller carriers attempted to fill the void of larger companies that exited. Ironically, neighbor Ohio has more than 15 participating carriers that offer coverage. 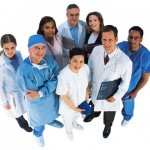 The impact on local rates was significant. The proposed “Exchanges” that became fully operational in 2014, were designed to aid consumers (with the help of brokers) find affordable health care. But it has not worked that way. If more companies exit the marketplace, there will be less choices and presumably, higher premiums. And consumers often can not (despite what you may have heard) keep the plans they already have.

However,  brokers/agents continue to have a role in the Exchanges. We always encourage consumers to compare as many plans as possible. In fact, we have a page on our website that explains in depth  different carriers. You can review plans here. Naturally, we always provide an unbiased analysis of the most important items that consumers should should know.

Rates could be substantially higher and with fewer companies participating, the long-term effects could be troubling.  And certainly, there will be a temptation by many people to simply avoid buying insurance until absolutely necessary. Because the scheduled penalties for not having qualified healthcare benefits are so light, it’s possible that no major companies will choose to stay in the Marketplace, resulting in government-run medical care. That is a scenario that very few want to see, since the results have been very unpopular in many other countries, including Canada and Britain.

Ironically, Aetna offered very affordable plans in nearby Ohio and Pennsylvania in 2016 before exiting those states too in 2017. Their PPO and HMO policies, that feature prescription and office visit benefits, are priced competitively in most areas. Their HSA rates also compare favorably to UnitedHealthcare and Blue Cross. And their small business, Senior, and group plans are very popular throughout the entire US.

But Indiana was just not a sustainable state. Anthem Blue Cross Blue Shield and UnitedHealthcare hold a huge chunk of the market although Medical Mutual, a non-profit company is gone. Humana and Celtic  have niche products that may gain a little more business in the upcoming years. Assurant may play a larger role in off-Exchange policies.  However, their pricing must become more competitive, and they must also return to profitability.

Since we represent all Indiana residents (not just those insured by one particular company), we’ll help you view plans from all of the carriers operating in the state. Whether you’re a present or past customer of a particular company, we’re here to make sure you have the best health care your dollars will buy. Even though Aetna is not available, by viewing free quotes on our website, you can compare alternative plans.

Aetna and Cigna are reportedly considering purchasing rival Humana, in what would be one of the biggest healthcare acquisitions ever. A merger may have also been discussed. Humana is worth about $32 billion, so the acquisition won’t be cheap.

If this were to occur, an Aetna return to Indiana would be more likely, although it may be years down the road. Humana maintains a large presence in the Senior Marketplace (Medigap and Medicare Advantage plans), and the Hoosier state would be a suitable target for increased business. However, it is unlikely that they would aggressively pursue the under age-65 market.

Not only is Aetna  no longer writing Marketplace business in Indiana, but they have decided to only offer individual coverage in four states in 2017. The lucky states are Virginia, Iowa, Nebraska, and Delaware. Of course, when you lose $400 million in the last 18 months, you better do something different!

Aetna will not offer private Marketplace plans in the Hoosier State in 2018. However, they will continue to offer Senior Medigap coverage at a very competitive rate.