Vice President Mike Pence – If Elected, Here Is What To Expect

Indiana Governor Mike Pence has a great chance to become the nation’s next Vice-President, as Donald Trump and Hillary Clinton campaign for America’s votes.  If the Trump/Pence ticket wins in November, you can expect several changes to occur within the first 100 days of the Presidency.

Enjoy our tongue and cheek “Top 10” list below of the positive changes that a Donald Trump/Mike Pence ticket will bring to Indiana. 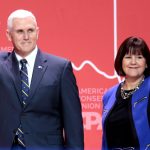 Indiana will become  great again! Unemployment will drastically reduce, and Caterpillar, Proctor And Gamble, Ford, and Microsoft will all move their home offices to the Hoosier State, creating more than 100,000 new jobs. The State income tax will be eliminated, although a new 22.4% beverage and food tax will be initiated. Naturally, this tax will rise with inflation each year.

Obamacare will be repealed and replaced by state-specific programs. Indiana’s state healthcare program will be called “PenceCare,” and will require all residents to abstain from diet soda, and have four complete physicals each month. All prescriptions will be free, and to reduce expenses, in-hospital stays will be shared with six other patients in your room. And to increase popularity of the program, Indiana Marketplace health insurance plans will include free autographed pictures of Donald Trump. If President Trump is impeached or not re-elected,  the distributed pictures will be collected.

The winner of the Indianapolis 500 will be invited to the White House for an official recognition ceremony. The drive from Indiana to Washington D.C. usually takes about nine hours along Interstate 70 and other highways. Because the actual winner will be driving, and the complete route will be temporarily closed to the public, the trip should take less than three hours, with top speeds reaching more than 200 miles per hour. Six pit stops are expected. The average time of each pit stop is expected to be less than 30 seconds.

A new “Pence Tower” (modeled after the “Trump Tower”) will be built in Richmond. Costing more than $2 billion, the 95-story complex will include hotel rooms, a small basketball arena, two entertainment centers, a bull-fighting ring, and 27 restaurants. Room rates will cost between $950 and $10,000 per day, depending upon the size of the pool, which every room will have. Naturally, WiFi and cable tv will be included. 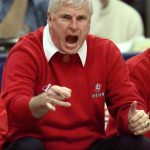 The National Hockey League (NHL) will award  a franchise to Bloomington, with the team named the “Knight Red Sweaters.” And yes, Bob Knight will be the inaugural General Manager in charge of player development, contract negotiations, and chair-throwing. All fans will receive  a 25% discount on food and drinks, if they wear a red sweater to home games. Any fan wearing a green sweater will be escorted out of the arena.

Nintendo will release the sequel to its ultra-successful game Pokemon Go. Titled “Pence Go,” the new game will be similar to its predecessor with a few changes. “Pence Go” players will receive health insurance deductible credits for every Pokemon that is captured, and  2,500 new PokeStops will be created in random locations within the Hoosier State. There will be no cost for playing the game, although excessive participation can result in a fine from the Department of Health and Human Services (HHS). The fine, however, is tax-deductible.

The movie “Hoosiers” will be played at all White House functions, including weddings, inaugurations, and foreign dignitary visits. A special trivia contest will be enjoyed by all White House visitors, and a free iTunes download will be offered. The epic movie from 1986 also will also be shown on all Air Force One flights and a large picture of Gene Hackman will be painted on both sides of the plane.

A 17-story statue of Mike Pence will be erected in Columbus, where Mike was born in 1959. It will be a beautiful structure with multiple restaurants, office space, meeting rooms, and hotel accommodations able to fit inside the statue. One big problem though. The monstrosity is accidentally built in Columbus, OHIO, and not Columbus, INDIANA. Whoops. After months of negotiations, several structural changes are made, and the building suddenly resembles Ohio State Football Coach Urban Meyer, instead of Pence. And of course, Ohio State continues to beat Indiana in football.

The Pence Candy bar will begin full production, with distribution expected into most Midwestern States by March of 2017. The  two-ounce candy bar will sell for $1, and be available in most grocery stores. In an effort to reduce calories and fat, chocolate will be replaced by bean sprouts, and sugar will be replaced by a combination of pepper, thyme, and cinnamon. The awkward taste is recognized on the popular TV show “Bizarre Foods.”