Have you heard the news? Because of Obamacare (The Affordable Care Act), Indiana health insurance rates are going through the roof, the Pacers are moving to Texas and the  state capital is being relocated from Indianapolis to Phoenix. Ok…I am embellishing a bit.

2015 Healthcare prices are going up, but not by 2000%!. Recently, you may have read or heard that the increases will be approximately 70%. Although for a few consumers that is true, for many others, it will be substantially less. The Indiana Department of Insurance was very accurate in its analysis and observations and the evidence it submitted to the Finance Commission. The amount of increase will depend on many factors, including the carrier, the plans, and which part of the Hoosier State you reside in.

They hit the nail on the head when they correctly pointed out (in their projections) that many Hoosiers still have to buy benefits they don’t want and are unlikely to use.  An appropriate example would be a single male in his 50s that no longer needs maternity benefits, and certainly doesn’t want to pay for them! Or a healthy family with plenty of assets that only wants and needs major medical coverage.

Guaranteed Acceptance Is The Law

Since insurers can no longer decline an applicant for existing (or past) medical conditions, or increase the premium (except for smoking), prices would have to go up for everyone. That’s not a point that anyone disputes. To keep prices affordable for most individuals and families, a lot of previously uninsured young healthy people will have to purchase coverage. In 2014 we saw many young healthy persons (under age 25 that were previously not covered)) purchase medical plans.

However, a smaller than expected percentage from this age group actually enrolled, causing less revenue and more claims for the insurers. And you know what that means! Yes, prices for 2015 must increase. The good news is the expected increases for many persons will be under 10%. And of course, switching to a different tier (ie Silver to Bronze or Gold to Silver) or increasing a deductible could wipe out most or all of the price change.

However, if your projected household income is increasing, you may lose some (or most) of your federal subsidy, which may result in higher premiums. Although this is not caused by your insurer raising prices, nevertheless, you pay more in this type of scenario.

Penalty For Not Having Coverage 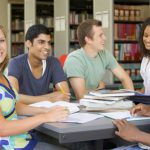 Since the tax for not having qualified medical coverage  is only $325 per year (single person) or 2% of household income, if you DON’T buy a policy, it may be an attractive option compared to paying about $3,000- $8,000 for coverage that will rarely be used. We don’t advocate anyone avoiding buying coverage. It’s not legal and extensive out-of-pocket medical costs could result.

Meanwhile, a high-deductible ($5,000) Assurant short-term plan costs about $1,950 per year. When the non-compliance 2% penalty of $960 is added to that premium, the yearly cost is under $3,000. For many consumers, this becomes a very tempting alternative, especially when there is a new Open Enrollment each year that allows the purchase of a Marketplace policy, regardless of prior coverage.

It’s also important to understand that although the cost of healthcare, under The Affordable Care Act has gone up, the recently enacted federal subsidy can substantially LOWER your final rate, if you qualify. Any Hoosier with income under 133% of the Federal Poverty Level (FPL) becomes eligible for Medicaid. Any person (or household) with income under 400% of the FPL is eligible to receive the new subsidy.

For example, a four-member household  (Both parents age 50 with two teenagers) with family income of $40,000 could earn a subsidy of approximately $10,000-$12,000 depending on where you live. In Floyd County, the subsidy is about $850 per month. However, in Marion, Orange, Tippecanoe, and many other counties, the subsidy is almost $1,100 per month.

With income of $70,000, the subsidy reduces to about $6,000-$8,000. And with income of $95,000 or more (family) or $44,000 (40 year-old single person), you’ll likely receive no financial aid. This is the scenario where you could see a substantial increase in your health insurance rates. NOTE: The MAGI (Modified Adjusted Gross Income) is the determinant of the subsidy. For most persons, your AGI (Adjusted Gross Income) will be the same, and much easier to find on your tax return.

If your policy was issued on March 23rd 201o (or earlier), it is likely a “grandfathered” plan. This means that although it is perfectly legal to keep the policy, it does not contain all of the essential required benefits that became law with the passage of Obamacare. For example, pediatric dental and/or maternity benefits may not be included. Of course, if you’re in your 50s with no dependents at home, I would assume you don’t want or need that coverage.

However, in many situations, you may not have a choice, and may be forced to terminate the policy and enroll in a new compliant plan. This occurs if your current company decides to cancel these contracts. Typically, you are provided written notification and ample time to re-enroll in another contract. “Transitional” policies were issued prior to 2014, and these plans are also at risk for termination.

NOTE: If your policy is cancelled, you are eligible for a federal subsidy (depending on your income), and it is possible that your premium could reduce, and better benefits will be offered. However, for upper-income households, a higher premium is likely, unless you select much higher deductibles (if available). HSA-owners are often impacted the most, since their grandfathered plans are often terminated, and their average household income is higher than most other policyholders.

Buying a policy “away from the Exchange” is an alternative that may save money. Additional details are found in this article. In addition to (perhaps) a richer list of network providers, there may be specific options that either have higher deductibles or are much more cost-effective. Since they do not pay federal subsidies, they work best with individuals or families that do not qualify for financial aid. Also, cost-sharing savings, which is found on Silver-tier plans, is only offered “on-Exchange.” Reducing your deductible and copays is very possible.

These types of policies are also not available on any state or federal Marketplaces. Although they are issued by the same companies (ie Anthem, Humana etc…), there can be some minor differences. However, the 10 essential required benefits from the Affordable Care Act legislation, are included on these types of contracts. And premiums will be nearly identical for similar on and off policies.

A huge red flag should always be raised when you are asked to pay an “application fee” or “enrollment fee.” Often, these mysterious charges are between $50 and $200. Although many temporary policies have a one-time $15 0r $20 administrative fee (and that’s normal), the enrollment and application fee often means that the plan is not meeting Affordable Care Act guidelines, has severe coverage limitations, or both. The carrier also may not be a reputable or reliable company. And requesting a refund of the fee is often futile.

Another concern is when a call is received outside of the Indiana/Ohio/Kentucky area, especially when unsolicited. Many boiler-room telemarketing operations are created during Open Enrollment. Typically, they are pedaling scam plans that should never be considered for purchase.

Perhaps it’s just a matter of semantics over who is actually going to pay the higher healthcare prices in Indiana. Quite simply, if you make a lot of money, you’re going to pay more for your coverage. If you fall under the Federal Poverty Level guidelines, the government and other wealthier policyholders and federal taxpayers are going to help pay and subsidize your premium.

In 11 days, Open Enrollment for the Indiana Health Marketplace begins. In the last 12 months, we have greatly simplified the enrollment process, and made it much easier to compare dozens of the best plans simultaneously, apply the subsidy, and apply for a policy. There are  also more participating companies for the upcoming year and a wider variety of policy choices.

In 2016, price increases were much lower than most other states. And yes, in selected counties, rates reduced for many plans. UnitedHealthcare and Aetna have not returned to offer private plans, and are not expected to return in 2017 either.