Expanding Medicaid in Indiana will provide healthcare coverage to more than 350,000 Hoosier low-income residents. Currently, their income excludes them from qualifying for Medicaid, but often it’s not enough to purchase their own individual policy. Statewide, there are more than 800,000 persons without benefits, although many will obtain coverage in 2014 when the State Insurance Exchange opens.

Governor Mike Pence is holding off on the Medicaid legislation, and is hoping that simply expanding the HIP (Healthy Indiana Plan) concept and retaining some cost-sharing control will be the best option. This concept has some support from both Democrats and Republicans and would cost very little to those that qualify. Residents that are not eligible can obtain coverage through the Marketplace. Although Bronze-tier plans are the cheapest options, and often offer copays for most office visits, the major medical deductibles are typically more than $6,000.

But the federal government (so far) has nixed the HIP idea as a viable alternative. Since time is running out, many citizens and lawmakers on both side of the political aisle are concerned an opportunity may be lost. They feel the original government offer will put less strain on hospitals since less uninsured patients will be visiting the emergency room. And perhaps, this will result in lower semi-private room rates for most other visitors.

What Is The Government Offer? 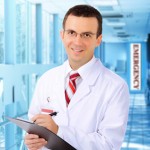 Expansion of Medicaid has been made available because of the passage of “The Affordable Care Act.” Indiana would receive approximately $1.7 billion in aid and benefits would be extended to households with incomes of 100%-400% of the federal poverty level. About half of US residents that are currently not insured, would instantly become covered. Comprehensive benefits, including 100% preventative coverage would immediately become effective.

One Midwestern University study showed that accepting the government offer would create a small boom in the state economy (more than $3 billion). The study also predicted that more than 25,000 new employment opportunities would be created over the next seven years. While we don’t dispute the numbers, they are speculative and impossible to verify right now. It’s also that some job may actually be lost, that would lower the projections.

Some support is coming from area hospitals such as the CEO of Columbus Regional Hospital who feels the government offer should be accepted. But a major concern of many legislators across the country is that the current administration will not keep its part of the agreement and will halt, suspend or reduce funding. This could result in an increase of state income taxes in the future. And recently Florida reversed course and decided to accept the offer from the Obama administration.

However, it is perhaps true that if so many persons in Indiana remain uninsured because of the affordability of their healthcare costs, guess who ultimately pays for their treatment (preventive, ER visits, Urgent Care etc…)? Those that are actually insured and paying premiums assume the extra cost by paying higher prices. Hospitals and other medical facilities also lose revenue.

What Is The Latest?

The House Public Health Committee approved legislation by an 8-5 vote Senate Bill 551 which provides a doorway for Governor Pence to negotiate with Washington. This new approval gives Pence a bit more leeway in his negotiations. For example, if the federal government reduces its expected federal aid, all bets are off with Washington.

It appears very clear that we need to find a way to provide benefits for the 350,000 residents that need our help. Either through Medicare expansion or a tweaking of the  HIP that will result in federal government approval. But time is running out, and some of the offers on the table may not return.

Gov. Pence and the federal government have not reached an agreement that will satisfy both sides. Pence’s “alternative Medicaid coverage” proposal was not approved by the Department of Health and Human Resources when they met last month. More negotiations are expected, with the ultimate outcome being thousands of Hoosier residents would immediately be eligible for low-cost medical coverage.

Although many neighboring states have accepted expansion in their states, Indiana is still in the negotiation stage. However, if a deal can be negotiated, the result may be an innovative system that provides comprehensive coverage with an incentive to make better healthcare choices.

It’s official! Indiana is expanding Medicaid! HIP 2.0 has been approved. The federal agreement approved Governor Pence’s program that will offer Medicaid to households with income up to 138% of the Federal Poverty Level. Benefits will begin in three days (February 1).

Persons that are currently signed up in the new Healthy Indiana Plan, can start enrolling for the new option. However, children and women that are pregnant will keep their existing coverage. Currently, the cost of the new coverage is paid by the US Government for the next two years. However, after that date, the state of Indiana will have to start paying a small portion.

Hospitals should benefit by the change, since a higher percentage of their emergency and surgery claims will now be paid on a timely basis. The savings is estimated to be between $500 million and $900 million.

HIP 2.0 is running smoothly as Open Enrollment has ended for persons under age 65. The cost-sharing now required (along with copays) means that coverage is not 100% free, but it is still extremely inexpensive. For indigent families, even the cost of a small copay can be financially challenging, although the benefits are substantial.

A bill has been sent to the Governor Pence that will codify HIP 2.0. This will make it much more difficult to change or modify the legislation. The cost of coverage  is small (although not free), and coverage does not necessarily begin immediately. However, these two features help make HIP 2.0 popular and cost-effective.