The University of Notre Dame, along with more than 40 other Roman Catholic institutions has filed a lawsuit against the Obama administration (US Department of Health and Human Resources). They state that the recent national healthcare reform mandate that requires health insurance plans to cover contraception, morning-after pills and other controversial items are contrary to traditional Catholic teaching. And many other colleges agree.

This suit was one of 12 different lawsuits that were filed. In part, it claims that new HHS rules violate religious-liberty rights protected by the First Amendment. And ironically, two years ago, it was President Obama who gave the commencement speech at Notre Dame. We assume he will not be invited back!

And ironically, he openly stated (kidding, we assume) that he does not like ND’s women’s basketball uniforms! We actually like them, and also support the ND women’s basketball program along with other sports within the athletic program. Separation of the school’s rich athletic tradition and any pending lawsuits should be followed.

Earlier this year, Father Ryan McCarthy of the Archdiocese of Indianapolis talked about what many Catholics in Indiana believe. He said it is “not a health issue…but a religious freedom issue.” He also said that if forced to participate, it would “violate our freedom of religion.” Other hospitals and universities in the Hoosier state have also voiced their concern over this mandate. And other states have  joined including the Washington and New York Archdioceses. Many more states are expected to provide active support. 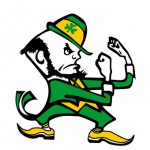 There are certain scenarios where companies and religious organizations can possibly be excluded from having to comply with these mandates. But the reasoning behind these scenarios has many people scratching their head.

For any Indiana organization to receive an exemption, they must primarily employ workers that are their own faith. Thus, if you have 25 Catholics and 26 non-Catholics on your payroll, you will not meet the requirements. And oddly, the services you perform must benefit your own followers as opposed to the general public. This “conscience law” is clearly quite controversial.

As an example, if you are a Catholic organization and you provide food and shelter (and many other services) for everyone (instead of just your own parishioners), you would not qualify for the exemption. The last time I checked, Mother Teresa never asked anyone what their religion was before she helped them. Can you imagine her telling someone that she can not aid them because they are not Catholic? Of course not. The enforcement of the exemption makes no sense.

And the fallout may just be beginning. Within the last two weeks, two Catholic universities have decided to drop their student health coverage. This week, Ava Maria University in Florida, joined Ohio’s Franciscan University in eliminating their plans. More schools are expected to take similar steps. Of course, private insurers will be able to offer coverage to the vast majority of these students. You can read about those options and view rates here.

Indiana health insurance companies are expected to raise premiums this year on most medical plans when they must offer recommended contraceptive services without any deductibles, copays or waiting periods. Currently, there are some out-of-pocket expenses that consumers must pay. Therefore, everyone’s rate may be increasing, especially when no person can be turned down because of  a medical condition. Persons under age 50 may see bigger increases since they are most likely to utilize contraception methods.

This mandate goes into effect on August 1 of this year and will be continued when Exchange plans are offered during Open Enrollment. However, not all contraceptives will be covered the same way. It is possible that mail-order purchases will cost less, and specific “off-brand” prescriptions will not be offered free.

Some nonprofit entities will have until August 1, 2013 to become compliant. The cost of changing plan eligibility, and possible switching to a different company, could be substantial. This extra money spent will be deducted from funds that probably would have been used in a very constructive manner. Plans may also be changed, to become more restrictive. Or, special deductibles could be placed on generic or non-generic drugs.

In October, Open Enrollment will commence for 2014 plans when Obamacare goes into full-effect. It is expected that most consumers will pay a higher premium for their healthcare compared to previous years. But prices will be potentially lower for households that receive the instant tax-credit subsidy. If you overestimate or underestimate the subsidy, the following year, a separate form (1095-A) will help determine the amount of bill or refund.

The University of Notre Dame has re-filed the lawsuit concerning the forced coverage of birth control in the Obamacare legislation. The original lawsuit in May of 2012 was considered “premature” and was rejected. The reason was that the mandate was not yet effective. Of course, now it is.

Notre Dame has turned to the Supreme Court for help. Since the nation’s highest court ruled in favor of Hobby Lobby allowing employees to exclude birth control from their group  benefits, the University hopes  a decision by the Lower Court of Appeals will be reviewed and reconsidered. Ultimately, if the lower court’s decisions are vacated, a Supreme Court battle won’t be needed.

However, a looming unrelated Supreme Court decision later this year may determine the fate of the entire legislation, not just whether contraceptives  should be a mandatory benefit.

The Supreme Court has thrown out a lower court decision that the federal government had won. The case involved had denied Notre Dame’s requested injunction against the law requiring employers to include contraception and sterilization in their preventive benefits. Last year, Hobby Lobby Ltd was allowed to request an  exemption based upon religious beliefs.

The Supreme Court deferred to the lower courts regarding the challenges made to the Obamacare requirement of mandated contraceptive benefits. With only eight current Justices on the Court, a majority decision could not be reached. Chief Justice Roberts announced the decision.