Wellpoint Healthcare – The Most Recent News

Wellpoint Healthcare, with their home office here in Indianapolis, is an integral part of the Blue Cross And Blue Shield Association. They are listed on the New York Stock Exchange and offer affordable medical coverage to consumers and businesses in Indiana. Officially now named Anthem, they will also be the principal company offering coverage on the State Health Insurance Exchange Marketplace.

March 17 2016 – Providing healthcare information and assistance remotely is not something most major insurers are known for. But Teladoc is one of the nation’s largest providers of this service, and they were a Wellpoint acquisition in 2005. Virtual appointments with physicians, and medical care via teleconferencing have become quite popular for Teladoc, and also quite profitable too! Revenue increased more than 70% last year and patient satisfaction was very high.

November 12 2014 – With Open Enrollment for 2015 coverage beginning in three days, Anthem is poised to continue to add market-share in Indiana. Although 2015 rates will be higher than last year, and additional companies are now offering Exchange plans, Anthem’s total policy count could increase.

This year’s Open Enrollment period is only three months and ends on February 15th. After that date, unless you qualify for an SEP (Special Enrollment Period), Hoosier consumers will have to purchase an alternative type of coverage or wait until November of 2015 to apply for a plan.

November 11 2014 – For the sixth straight year, Wellpoint was awarded the Military Friendly Employer and Military Spouse Friendly Employer. Victory Media presented the designation earlier this week. Selections are based on  many factors, including  time spent on military personnel recruiting, number of newly-hired employees with a military background, and veteran programs available for employees.

October 14 2014 – The stock (WLP) is currently trading around $115 per share and is considered by many analysts to be a “bargain.” It’s PE ratio is less than many other major carriers in the industry. UBS also now recommends the stock as a “buy.”

NOTE: We don’t necessarily endorse or advocate purchasing the stock. We are only reporting the information.

Less than 4% of the state’s uninsured signed up for Exchange plans by the end of 2013. During three months of Open Enrollment,  about 30,000 Hoosiers had enrolled and applied for coverage. Of Wellpoint’s states, only neighbor Ohio had lower results.

Also, about 75% of enrollees are ages 35-64 while only about 20% are 18-34. The “young and healthy” age bracket was projected to be about twice as much as the current numbers. If Wellpoint is to remain profitable, a change in enrollment demographics will be needed.

Chief Financial Officer Wayne DeVeydt expects their small business bloc of business to reduce. Customers are not necessarily changing to rivals. Many of these persons are letting their coverage lapse. Also, employers are still hesitating in the hiring of additional employees because of the restrictive new federal law. Also, many businesses are changing to “self-coverage” where they so not use an insurer for most expenses.

Wellpoint wants to improve and expand its mobile app capabilities. Its initial venture late last year was not successful, and received critical reviews since users could not access their claim history.

However, a new set of more experienced partners is going to develop the apps and their should be major improvements on  the Android and Apple systems. Patient data security will still be controlled by the insurer. 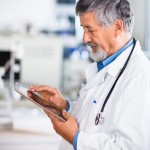 And then there were eight! Three of  11  Wellpoint board members abruptly resigned, leaving eight left to run the business operations. “Personal reasons” were given as the reason for the departure. The exits of Susan Bayh, Sheila Burke and Lenox Baker follow the ouster of Chief Executive Officer Angela Braly last summer following slumping sales and a depressed stock price.

First-quarter earnings were up this year, and the stock price was almost 30%. No word yet on when new board members would be selected.

LATINA Style magazine, in its “Style 50” report, announced that Wellpoint was rated one of the best 50 companies in the US to provide fair opportunities for Latinos in the work environment. This year’s ranking was 18th and it was the fifth successive year to be listed on the report.

Almost 1,000 businesses are considered for the prestigious listing. Among the most important criteria considered is the number of Hispanic women in executive and board member positions along with other leadership programs.

We proudly represent Wellpoint in Indiana and offers their individual and family health insurance products to consumers at the lowest direct prices. BCBS medical coverage is one of the most popular options available in the state.